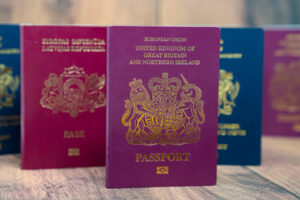 A side effect of Brexit has seen unprecedented numbers of individuals residing in the United Kingdom applying for Irish passports in order to remain part of the European Union.

Although this article is based on the advantages for Britons wanting to remain a part of the EU it should be noted that the following does apply to residents/nationals of any country that meet the criteria, although some countries do require you to renounce citizenship if you become a citizen of another country and this should be researched thoroughly prior to making any decision.

The rules vary on whether you have an Irish parent or Irish grandparents.  In the case of an Irish parent you are automatically an Irish citizen regardless of whether or not you were born in Ireland.  If both you and your parents were born outside of Ireland, but you have an Irish grandparent then you will need to register with the Foreign Births Register.  If both your parents and grandparents were born outside of Ireland then it is still possible providing that a parent has registered themselves before you were born.   Citizens of Northern Ireland born in the region are entitled to duel British and Irish nationality as part of the Good Friday agreement.

The above rules and proximity between the two countries mean that there are a large number of individuals residing in the UK that are entitled to Irish citizenship even if they do not know it.

British citizens that also become Irish citizens benefit as they remain part of the EU, meaning that they are entitled to free movement between the member states.  This is of particular benefit to international contractors and freelancers who will be able to live and work in the EU without having to meet additional requirements.  It can also benefit children for years to come as it will allow them the choice to remain an EU citizen.  Irish citizens also have an additional perk above other EU states as they do not have restrictions upon living and working in the UK.